A new clue into treatments for triple negative breast cancer 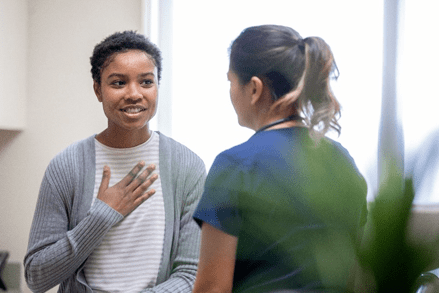 When a woman finds a lump in her breast, her doctor’s first move is usually to recommend a biopsy – that is, to remove a small portion of the lump for analysis. If the lump is cancerous, doctors test for three different clinical markers: estrogen receptor, progesterone receptor and human epidermal growth factor receptor. The results determine what kind of hormone or growth factor receptor treatment the patient receives.

Triple negative breast cancers are more aggressive and more likely to spread throughout the body.

At the 2017 International Triple Negative Breast Cancer Conference in Atlanta, I presented findings that show promise of improving treatment and outcomes for some women with the disease, even though more study is needed to confirm my findings.

Most researchers working on triple negative breast cancers study the tumor themselves. But my research looked at the disease from a different angle – the way the patient’s own body attacks the tumor.

When a woman gets breast cancer, her immune system leaps into gear. Her body sends tumor infiltrating lymphocytes to target and kill the tumor cells.

Promise in other cancer types

Adoptive cell therapy has already shown promise in melanoma patients, and it is currently in clinical trials as a treatment option for breast cancer patients. From our research, we already know who might be most likely to respond to the treatment: African-American women, in the early stages of the disease, whose tumor infiltrating lymphocyte count is lower than normal. However, we plan to validate these results in additional patient cohorts.

Triple negative breast cancer is a scary disease – aggressive, rapid-spreading and insusceptible to the hormone treatments we use to target most breast cancers. But our next key to fighting it might not be in the tumor at all. It just might be tumor infiltrating lymphocytes, those tiny anti-cancer warriors our own bodies throw into the fray.