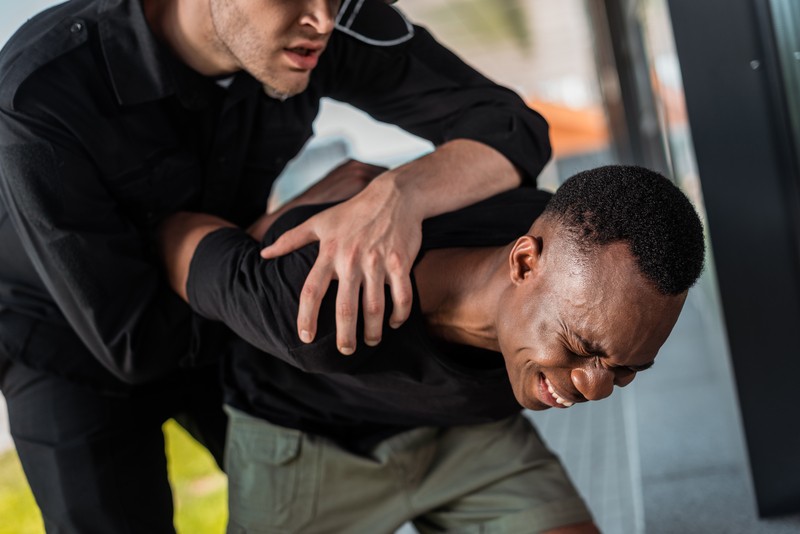 George Floyd’s death highlighted how even a minor alleged infraction – in his case, over a fake $20 bill – can lead to a fatal interaction with law enforcement.

As a result, a coalition of advocacy organizations, criminal justice reform advocates and everyday citizens have called for cities to take a wide range of actions to reduce the power and authority of local police departments.

But loss of life isn’t the only potential consequence of a brush with the law. Even a single arrest, without conviction, can be devastating to the rest of a young man’s life – especially if he’s Black – particularly in terms of employment and earnings. And African American men are much more likely to get arrested than their white counterparts.

My own recent research has been exploring what employers can do to help overcome the barriers associated with arrests and the stigma of incarceration.

One in three Americans has been arrested by the age of 23, but the stats get a lot worse if you are a Black man.

A young African American is seven times more likely to get arrested than a white peer. By the time they are 23, Black men are at a 49% risk of getting arrested and six times more likely to be incarcerated than white men. As of 2010, one-third of African American adult males had a felony conviction on their records, compared with 8% of all U.S. adults.

While the data on the system’s disproportionate impact on Black men are bad enough, it doesn’t end there. Any interaction with the justice system, even for a misdemeanor or arrest without conviction, can have devastating consequences for the individual.

More than 60% of formerly incarcerated individuals remain unemployed one year after being released, and those who do find jobs make 40% less in pay annually.

Research shows that a criminal record of any sort – including arrest without conviction – reduced the likelihood of a job offer by almost 50%. The impact is substantially larger for Black job applicants.

And while Black men are affected most by these problems, it’s a national problem that affects many young men and women across the United States. More than 10 million young adults age 16-24 were neither working nor in school in June. While it’s unclear how many of them are “disconnected” as a result of an arrest record – the pandemic has certainly put many of them out of work – research suggests an arrest is a key factor.

The effect on the U.S. economy as a whole is significant, with the underemployment of formerly incarcerated individuals leading to a loss of US$78 billion to $87 billion in gross domestic product in 2014.

Local and state agencies have passed legislation designed to prevent hiring practices that discriminate against individuals with criminal records.

These efforts include “ban the box,” which removes the question asking about a criminal record from job applications, and other “fair chance” hiring policies aimed at preventing employers from explicitly asking about an applicant’s criminal history.

However, research has shown that these policies are not a panacea and can even lead to more discriminatory and racist hiring practices as some employers switched to making certain assumptions based on racially distinctive names.

My team of researchers has been working with LeadersUp, a nonprofit that targets high youth unemployment in America, to identify more inclusive hiring practices for young adults who have interacted with the criminal justice system, including everything from a singular arrest to incarceration for felony offenses.

Our findings suggest that while there is strong support for the concept of fair chance hiring among employers, practices that would lead to more of these people being hired have not yet been widely adopted.

According to a soon-to-be-published survey of 39 employers so far, almost half reported trying to distinguish between an applicant’s arrest and an actual conviction, while 44% offered applicants an opportunity to explain a conviction.

One problem we encountered was that despite strong interest in proposing changes, human resources employees didn’t always feel they have enough authority to implement new initiatives regarding fair chance hiring. Additionally, when background checks are required, the burden often falls on the job applicant to take the initiative to review these checks for accuracy or to report employers who not are abiding by local hiring laws.

[Deep knowledge, daily. Sign up for The Conversation’s newsletter.]

Hiring opportunities for young people who have an encounter with the justice system are further limited by compounding issues such as stigma, skill matching and a lack of education about what it means.

Employers play an important role in expanding inclusive hiring practices for individuals who have had involvement with the criminal justice system. But I believe a key first step toward more equitable hiring practices should be to expunge the criminal records of young adults who have been arrested but not convicted or have committed misdemeanor crimes. That will give more of them a clean slate to build their lives.